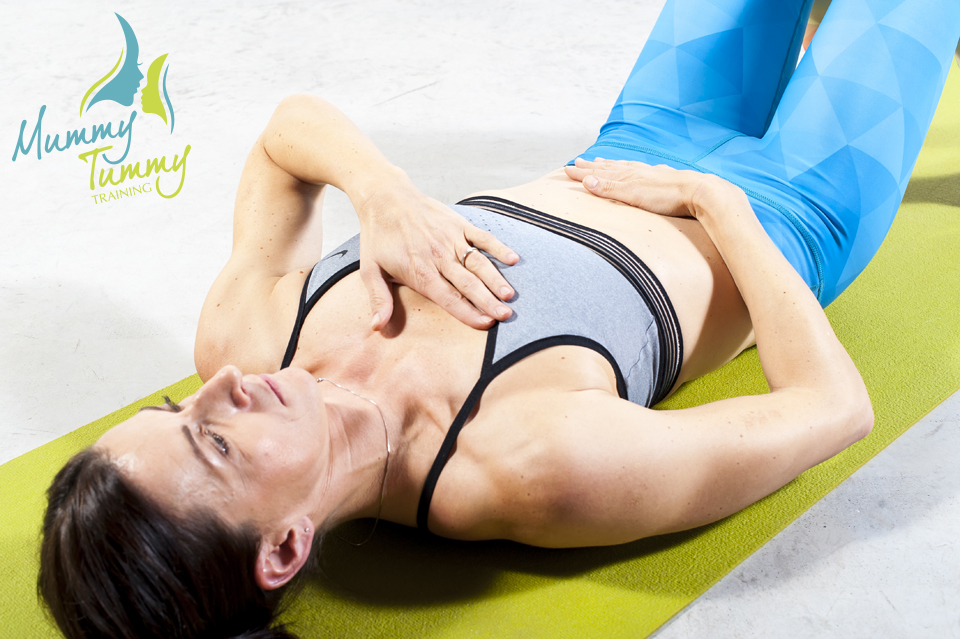 Separated Abs or more professional, Diastasis Recti Abdominis (where diastasis means separation, and recti abdominis refers to the straight abdominal muscle, the rectus abdominis) is a very typical postnatal condition. DRA is not (just) an aesthetic problem, as the postnatal rehabilitation is also not only about the separated abs. The right way of rehabilitation focuses on regaining of neuromuscular control, and relearning the correct movement patterns of activities occurring in everyday life.

Diastasis Recti may be reduced by a focused exercise program, proper diet and breathing techniques. This is what I can teach you, if you decide to train with me.

Mummy Tummy Method is a registered postnatal training technique developed by Central European physiotherapists and functional trainers, and I am the first and until now the only qualified Mummy Tummy Trainer in Ireland.

As I mentioned above Diastasis Recti is a typical postnatal syndrome, but it does not mean that only mothers may be affected by this symptom.  It is not rare among morbidly obese male and female, and also among athletes, bodybuilders, who do the abdominal exercises and lifting with bad technique. Diastasis Recti can be described as a midline separation of the rectus abdominis muscles (commonly known as “six-pack”) along the linea alba, which is a fibrous structure, being composed mostly of collagen connective tissue.

Diastasis recti is onset in every case of pregnancies from the 35th week as a natural consequence of the growing belly, (Mota et al, 2014). It becomes problematic when the separation remains 12 weeks after giving birth. 39% of the investigated women have a diastasis at 6 months postpartum, and 66% of women who have a diastasis also have some level of pelvic floor dysfunction.

A mother’s body has to face a huge challenge during pregnancy and giving birth. There are four main symptoms related to the pregnancy and giving birth. Beside diastasis recti, the most often one is the stress incontinence, when a physical movement or activity, like coughing, sneezing, jumping,  running or lifting, puts pressure (stress) on the bladder, and the weakness of the sphincter muscles causes loss of urine. Lots of study talk about the synergisms of the abdominal wall and the pelvic floor muscles, and co-contraction of  these muscles is one of the premises of the postural stability. (Sapsford et al 2001, 2007, Smith et al, 2007) Stress incontinence is related to the other typical postnatal symptom, the Sacroiliac (SI) and Low Back Pain. The common point is the changed abdominal structure and function, and the deficits in the neuromuscular control of the abdominal wall. 50% of the postnatal women have bladder and/or uterus prolapse (Hagen, Stark, 2011). As even if they had restorative surgery, which is the most effective way of the therapy, 58% of those affected the symptoms return in a year. It may mean that certain factors causing the symptoms, like wrong posture, changed breathing pattern, consequent increased intra-abdominal pressure, and weaken muscle corset, still existing. That is why the proper training is essential, even if you will have or had a restorative surgery, in order to avoid returning of the symptoms.

Send me a message for professional and evidence-based Postnatal Rehabilitation Programme, even in your home.